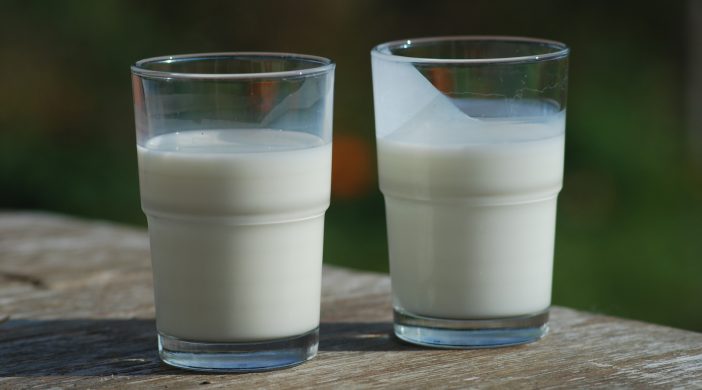 Lately, a raging controversy has begun with regard to the benefits of raw milk as against pasteurized milk. Curiously, many believe that raw whole milk is a more nutritious, tasty, and natural food while pasteurized milk is depleted of nutrients. Before, we get into the intricacies, it must be mentioned that the more natural the food is, the more nutritive and the better it is for us. However, talking about consumption of raw milk, it is essential to remember that the risk of contamination by certain harmful disease-causing bacteria such as E.coli or Salmonella is a strong deterrent against its use.

Going by the current trends, a large majority of consumers worldwide prefer to consume milk after boiling it not only because they think it is safe but also that it goes well with many of the recipes that are made at home. In view of this growing tendency, the present article focuses on a comparative assessment of the properties of boiled whole raw milk vis-a-vis pasteurized milk.

Boiling of milk involves heating at a temperature of around 100ᵒC which makes it safe for consumption by killing harmful bacteria. During boiling, the fat content in milk rises to the top which is then skimmed off. In some countries including India, the milk containing skimmed fat is used for preparation of fermented product known as ‘curd’ or Yogurt from which butter is extracted for direct consumption or after conversion to ghee in various preparations.

HTST Pasteurized milk (“high-temperature short-time“), the industry standard of pasteurizing, on the other hand, is prepared by heating milk to 76ᵒC for 15 sec followed by cooling which kills all bacteria thus making it safe for use and prolongs its shelf life, but does not completely break down the proteins to simpler amino acids.

In the case of homogenized milk, milk fat is broken up into tiny globules which ensures uniform distribution of fat throughout the milk, which in turn modifies the composition of the pasteurized milk.

Now, let us examine the essential differences between the qualities of milk processed by these methods.

One important thing to remember. Milk quality is dependent on the cortisol level of the cow. If the cow is stressed by putting in small contained area, instead of roaming freely and grazing the grass. If the milking does not involve bonding, then again the cortisol levels will be high. Cortisol are the stress hormones. Grass fed cows yield good fatty acids in the milk than the corn or soybean fed.

Summing up, the verdict from the available body of evidence seems to be clearly in favor of boiled whole raw milk due to its higher nutritive value and health benefits. And, in terms of safety also, it is very much comparable to HTST pasteurized milk as long as all the necessary hygienic measures in handling and storage are followed to the hilt. It is also very important that the cow are grass fed and are free grazing. Avoid the Homogenized milk.